I hope everyone enjoys some freedom today, and every day. 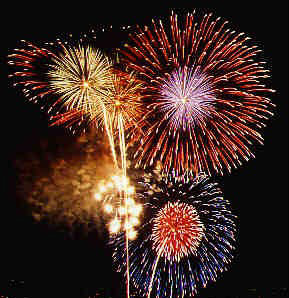 I'm not normally a Daily Kos reader, but I happened to click on this link, and decided to share. I like the title's play on the "It Gets Better" campaign.

You've got "the sky is falling."  You're telling people that same sex marriage will destroy things.   We've got Vermont.
And New Hampshire.
And Massachusetts.
And Connecticut.
And Iowa.
(Yes, Iowa).
And New York.
And we've got those states as examples of places where same-sex marriage is not only legal, but where it's just there, and soon enough will fade into the background.  No one seems to be confused these days when I fill out forms indicating my status as "married" and have a woman's name listed as my spouse.

Congratulations, New York! Look for a recall against the republicans who had the strength to do the right thing.

Meanwhile, Minnesota will be voting whether to go backward and ban gay marriage, which is already illegal under state law. If it's really about letting the people decide, make the amendment yes or no to legalizing gay marriage. Just sayin'.

Maybe by the time The Spinoff is old enough, if he's gay he'll be able to choose a partner based on love, like his parents and grandparents did.

Celebrate your Pride this weekend. It should be a doozy!

Remember Those We Have Lost 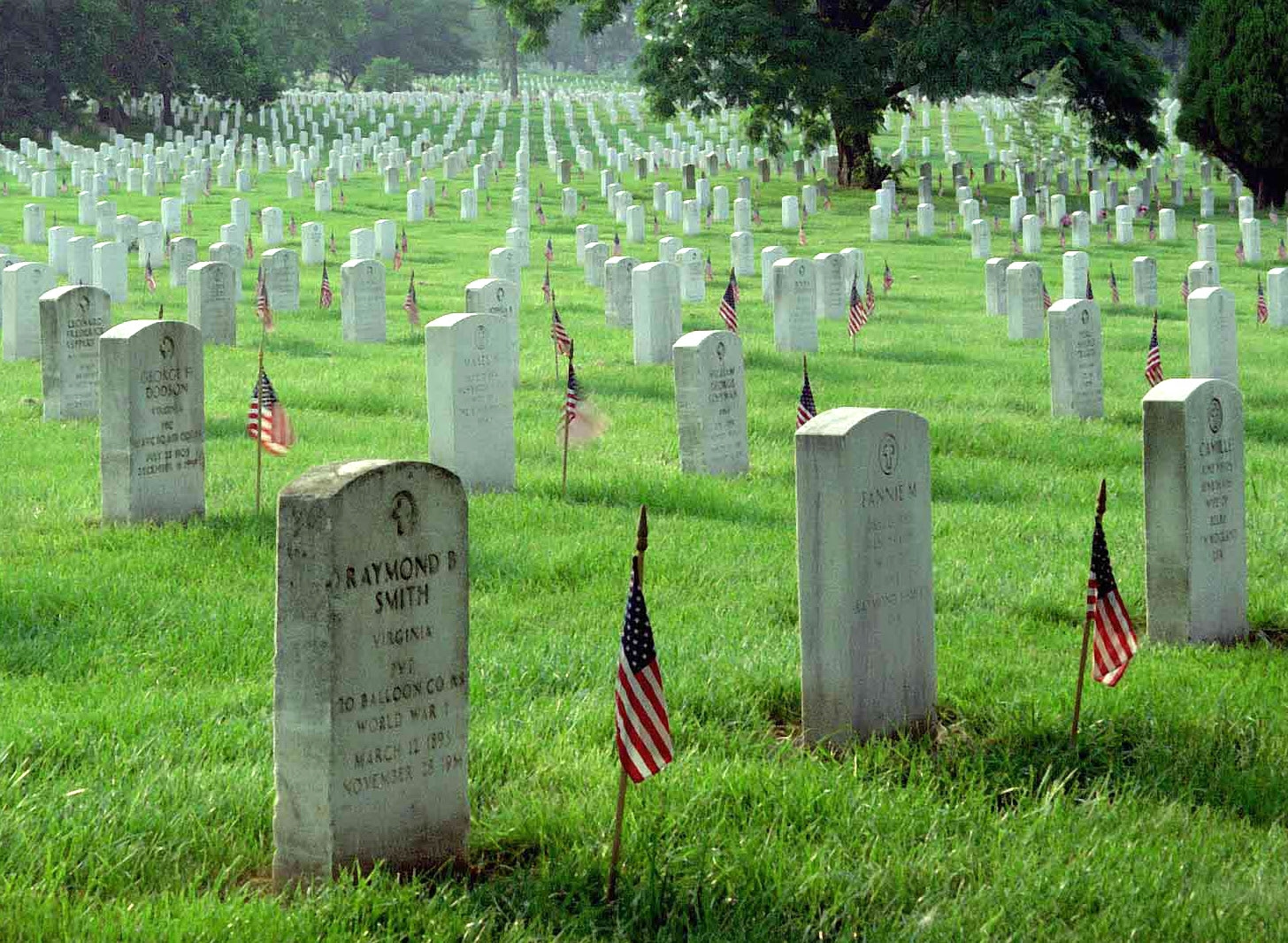 Workin' My Way Back To You

Time flies when you're taking care of a baby.

The Spinoff and I have been having a wonderful time this past month-and-a-half that I've been home watching him. He certainly enjoys listening to Sirius/XM "60's on 6," the most when Daddy sings falsetto along with Frankie Valli and the Four Seasons. We've come to an agreement on napping, and that the Spinoff promises not to repeat to his mother any of the language he hears while watching "Deadwood" with Daddy.

I've been complaining about the bibs the Affiliate has been buying for him, though. It seems the inexpensive bibs that absorb spit-up the best also have to come with little writings like, "Jock," "Flirt," "Li'l Dude" and "Tough Guy." Quite frankly, not wanting to raise a dude-bro is high on my list of goals. I'd prefer an array of bibs with things like "Scientist," "Genius," "Li'l Scholar" and "Smart Guy," but nerd bibs are pretty expensive. Alas, his D&D onsie is the best I've been able to provide so far.

The video game world has been all atwitter about this post written by some guy who doesn't like that there are gay characters in video games. He feels that since he is a straight male, anything that doesn't interest him should be removed from his games. The game in question is "Dragon Age 2." I've written highly about the 1st game in the series, "Dragon Age: Origins" (Which also had possible homosexual relationships). I haven't played DA2 yet, because I have a baby at home and other games to finish first.

Anyway, one of the game's creators, David Gaider, responded with a defense of the game, saying that the relationship options in DA2 were for everyone, including, but not just, straight males. My favorite line was, "You can write it off as "political correctness" if you wish, but the truth is that privilege always lies with the majority." Simply seeing privilege of the majority discussed in such a forum was both surprising and refreshing. I'm sure Mr. "Straight Male Gamer" has never once noticed a lack of options for gay or female gamers who want to play characters closer to their real-life selves. Of course, for reasons I can't fathom, the increase in options to include others is often seen as the oppression of the majority.

I ask this, however - Why wouldn't a straight male gamer choose to play a homosexual character in a video game? I have no problem being an elven wizard from Denerim, three things which I am not in real life. I also wonder why the simple act of having a gay character make an advance on a straight player is seen as an affront. Apparently the player can say no, just like with any other in-game romance he or she decides not to pursue.

In the end, there are plenty of video games aimed at the young straight male demographic, with plenty of boobies thrown in so they can be sure to know they are really straight males. Please leave the adult games with intelligent stories and decisions to make to those of us who aren't scared of catching The Gay from a line of computer code.

Well, the Spinoff has awakened and is politely inquiring as to why he has not been fed yet. Until several months from now, when I post next.

A long needed template change. Nothing else needed to say about it.

A month ago I mentioned that things were looking up in Egypt. So I've got that to live down. Hopefully the people get their democratic elections without too much bloodshed.

Packers fans will be especially unbearable for the next few months, until they finally sober up. Just remember that the Packers wouldn't have made the playoffs without 2 seriously botched calls in the Pack's 1st game against the Vikings, one call that even the NFL declared to have been wrong. So that's out there.

I wasn't helped by being forced to choose between a rapist and the Green Bay Packers. I chose to cheer for the referees. (Let's go, Black and White! Get that Instant Replay right!) They did quite well, I'd say.

The game started out bad, but ended up being somewhat exciting. Which was good, because the best commercial was an NFL commercial that put team colors on a bunch of old TV characters. And when I say "best," I mean one of like 3 even interesting commercials.

And the commercials were high art compared to Christina "Xtina" Aguilera, the washed up and completely irrelevant pop star getting the words wrong in a National Anthem performance that could have had Roseanne Barr turning down the volume.

As for the halftime show ... sigh ... um ... OK, I'll start again. As for the halftime show, it's time for the NFL to give up and just put pee-wee football kids out there at halftime for the Super Bowl. Black Eyed Peas put on one of the worst performances I've ever seen. The mics didn't work, the special effects didn't work (They should have changed the lyrics to, "Where is the V?") and as someone on Twitter said, it looked like what people in 1983 thought the 2011 halftime show should look like. And BEP themselves have always been over-hyped. Their songs that don't suck are just OK, Fergie can't sing and one of the guys looks like Weird Al with straightened hair. (Alternate Joke - "One of the guys looks like The Rock decided to grow his hair out") Also, Fergie, if you're going to imitate Axl Rose, you really need to do the falsetto.

So, yeah, let's try something completely different next year. Those little kids running around always get big cheers from fans at the Dome. They certainly can't be worse than the shit this year.

To sum up, last year, I missed the Super Bowl because I was busy getting kicked in the nuts. Tonight, I was feeling nostalgic for last year.

A quick update to an earlier story I posted on. I hope the posters at Jim Hoft's site read this story about Egyptian muslims protecting Egyptian christians on Egyptian X-mas.

That's the coolest thing I've read in a while. It's a start, anyways. 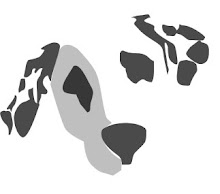